The new route, which requires government approvals, will be the first nonstop flight between North America and Cape Town and marks United's return to Africa after a three-year absence.

Travellers headed to Cape Town from the United States on any airline today have to make a stop, typically in Europe on U.S. carriers or elsewhere in Africa on African carriers.

United says its new nonstop flight, on a Boeing 787-9 Dreamliner, will shave hours off travellers' trips to and from Cape Town. The southbound flight is scheduled for 14½  hours, the return of about 16 hours. At 7,817 miles, it will be the airline's sixth-longest route. 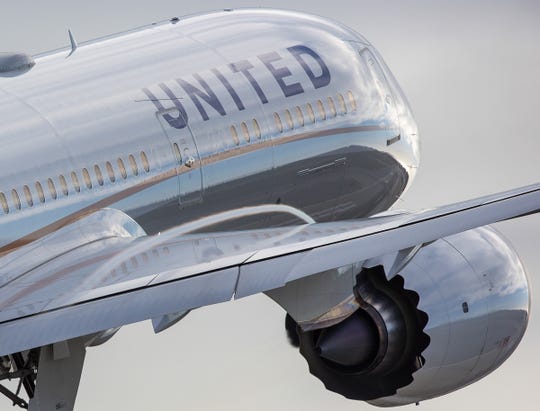 The wide-body jet will accommodate 252 passengers: 48 in Polaris business class, 88 in Economy Plus and 116 in economy class, United said.

Patrick Quayle, United's vice president of an international network, said the airline is adding Cape Town because it's the largest unserved destination between North America and Africa.

"We’re focused on creating unique opportunities for our passengers,'' he said.

Newark-Cape Town will be the airline's 22nd new international route in the past two years and sixth new international dot on its route map. Other new destinations include  Naples, Italy, and Prague and Porto, Portugal.

United's initial plans are to offer seasonal service to Cape Town, with three weekly flights from Dec. 15 through March.

"If it does well, we will grow it to year-round, much as we did in Tahiti,'' Quayle said.

Fares have not been announced. The lowest round-trip fare for flights from metropolitan New York with one stop in mid-December is about $800, according to a search on Google Flights.

Tickets for United's nonstop Cape Town flights will go on sale as soon as the airline receives the necessary regulatory approvals. That is expected in May, Quayle said.

United last served Africa in 2016, when it eliminated flights between Houston and Lagos, Nigeria, due to weakness in the energy market and poor financial performance on the route. That left Delta as the only U.S. carrier with service to Africa. Delta serves several destinations in Africa, including Johannesburg, Lagos and Accra, Ghana.

Takoradi Airport to resume commercial operations on 28th May

Release: Ghanaian Airline, AWA, disinfects checked - in baggage prior to it being returned to passengers

Ghana has taken the lead in Aviation Safety not just in Africa, but the whole world