An Ethiopian Airlines aircraft has suffered a runway excursion at Juba International Airport this evening. Wet conditions are being blamed for the accident, which has caused extensive damage to the aircraft. All passengers and crew are said to have deplaned safely. 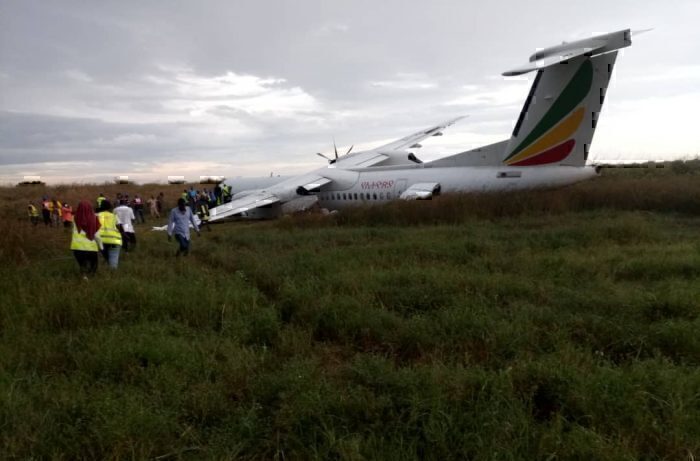 The Dash 8 can be seen on the grass away from the runway. Photo: Twitter with permission

Images are circulating online of a worrying incident in South Sudan. An Ethiopian Airlines aircraft has ended up some way off the runway, embedded in a grassy field and listing to one side. Close up images appear to show some damage to the landing gear and fuselage. 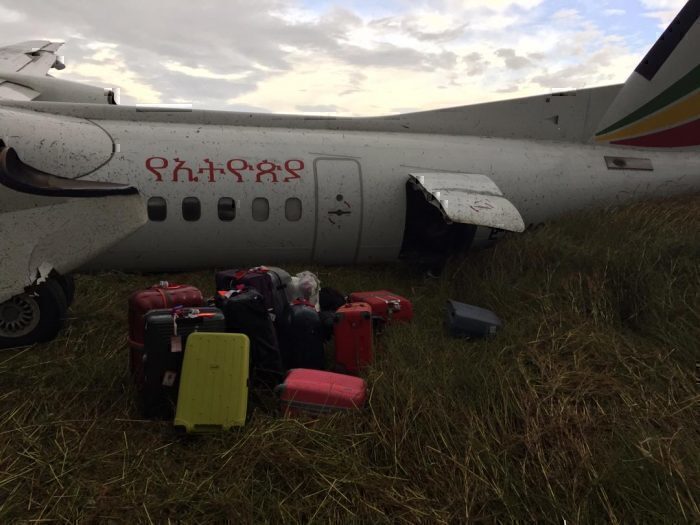 Damage can be seen to various parts of the plane. Photo: Garanovich PuTin

Although details on the incident are somewhat scant at the moment, online comments suggest the aircraft was taking off when something happened to cause the runway excursion. Comments online suggest the weather was very bad as the pilot tried to take off, making it hard for them to see the runway.

While it’s not easy to see the registration number of the aircraft in the photos, we do know it was a Bombardier Dash-8 Q400. If it was indeed in the process of taking off, this would put the flight as likely ET357 from Juba to Addis Ababa (ADD), which should have departed around 17:15 this evening.

And it's almost half and hour no tweet or info from the mgt of #EthiopianAirlines on the incident involving @flyethiopian At #JIA in #Southsudan.
Why the silence when they know very well the world needs to know the fate of the passengers #SSOT @EthioReporter @JamesCopnall

Simple Flying has reached out to Ethiopian Airlines for further information on the incident.

Although runway excursions aren’t an everyday occurrence, they do happen from time to time. The heavy snows in the USA in October caused a Frontier Airlines A320 to veer off the runway, and a huge Thai 747 skidded off the runway in Bangkok last year in poor weather conditions.

Fellow African airline Air Peace has had some issues of its own, skidding off a flooded runway in Port Harcourt in June this year. And amid a deluge of monsoon rains, July this year saw excursion after excursion in India as local airlines battled to keep their schedules running. 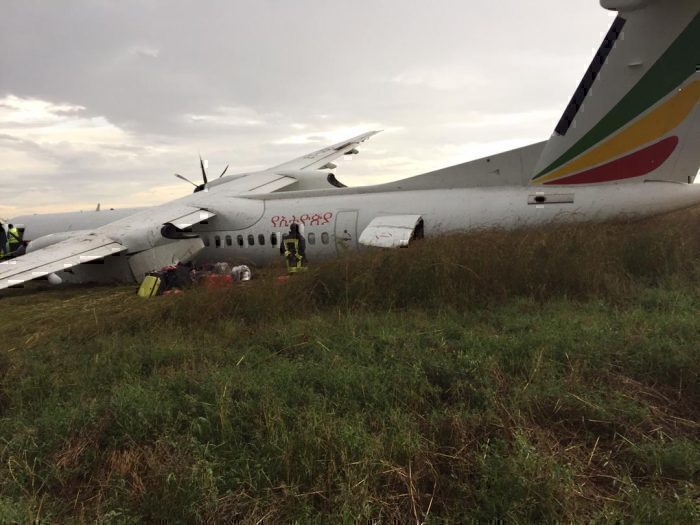 While certainly terrifying for passengers, runway excursions aren’t usually particularly dangerous, as they often happen at lower speeds such as when the aircraft is taking off. What they are is terrible for the airline. A damaged plane, a damaged reputation and a challenging problem to come back from.