Kigali, Rwanda. 10-12th October 2017. I had the pleasure of conducting a one-to-one interview with Ato Girma Wake, former CEO of Ethiopian Airlines. During our conversation, Girma revealed a fantastic anecdote about his dealing with Richard Branson during the time Virgin Nigeria was in the skies.

Virgin Nigeria began life in 2004 as a joint venture with the Nigerian government after Nigerian Airways collapsed amid accusations of corruption. A change of government soured relations and in 2008 the airline was stripped of its rights to operate domestic flights from the international terminal at Lagos Airport.

This was due to the fact that Virgin Nigeria violated an ICAO rule which stipulates that for an airline to fly international routes, it must have flown on the domestic for at least two years. The previous administration ignored this, but the next President was less forgiving.

Things came to a head when Virgin was told to move the domestic operation to the domestic terminal. This lead to the Virgin lounge in the international at Lagos airport being demolished. Reacting to the demolition of their lounge at the airport, Branson said,

“The behaviour of the authorities was similar to the way the “Mafioso” behaved in the United States in the 1930s. If Virgin Nigeria can be treated this way, can any company in the world seriously consider investing in Nigeria in the future?”

Nigeria is a vast country with a population of around 180 million people and a burgeoning middle class, so it has all the ingredients to be an aviation powerhouse, but it has been unable to sustain a national carrier.

There is still much conjecture about the future of the Nigerian market, but there is little doubt that a strong market exists if the governance is clear, fair and stable.

We are delighted that we have 3 Nigerian start-up carriers coming to AviaDev this June to discuss their business plans. These are jetwest, Jet Afrique and Harrier Airlines and I believe that there is room for all of them and more to thrive. 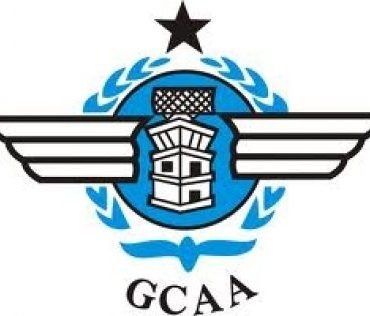 EgyptAir Training Academy received a high level delegation from the Civil Aviation Authority of Ghana in order to discuss ways of joint cooperation for the training of pilots and maintenance engineers.   The delegation had a detailed presentation of all the activities of the Academy and the latest training programs of simulators, which include the Airbus A330-A340-A320 and Boeing B777 / B737-800 types, as well as emergency training equipment and […]