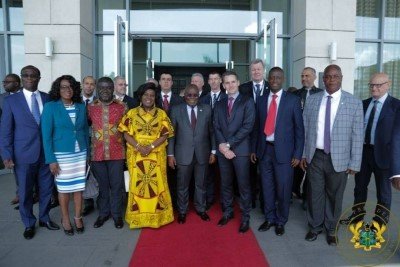 With Ghana being the first country in West and Central Africa to host this Annual Conference, President Akufo-Addo paid tribute to the important work of air traffic controllers in the aviation Industry.

“I am sure I am not the only one who shares the view that, without you, our air traffic controllers, there would be utter chaos both in our airports and in the skies. Air travel will, literally, be impossible without the very important work you do. As we say in Ghana, ayekoo, and more grease to your elbows,” the President said.

Reiterating the importance of the aviation industry, President Akufo-Addo noted that according to the 2017 figures released by the International Air Travel Association (IATA), the global air transport industry supports 62.7 million jobs worldwide.

“Aviation’s global economic impact amounts in value to $2.7 trillion, with 3.5% of global GDP supported by aviation. Every day, 9.8 million passengers take to the air with 104,000 flights, and some $18.6 billion worth of goods are carried. IATA notes that air traffic, globally, has been growing at 5% annually, and is projected to grow at 5.6% per year over the next twenty (20) years,” he said.

It is important, therefore, he added, that governments all across the world put in place the requisite investments in infrastructure and air navigation systems, so as to respond to anticipated traffic growth, and also to keep up with the dynamism in technology that the aviation industry demands.

In keeping tabs with the growing trends of the industry, he indicated that his administration, in 2017, re-created the Aviation Ministry, not only to help develop the Ghanaian aviation industry, but also to make it competitive within West Africa.

“Our vision is to establish Ghana both as an aviation hub within West Africa, and as the preferred destination of choice for travellers. Government hopes to achieve this by working with the private sector to offer modern, attractive air transport infrastructure, and by building capacity and establishing institutional and policy framework to enhance safety and security of air services,” he said.

On the continent, President Akufo-Addo noted that the aviation sector is key to the realisation of the African Union’s Agenda 2063.

“We owe it to the continent, to the aviation industry, to key stakeholders such as airlines, airports, air navigation services providers, passengers and to associated businesses in the air transport value chain, to emerge from this conference by contributing to making global aviation safer, more efficient, economically sustainable and environmentally friendlier,” President Akufo-Addo stated. 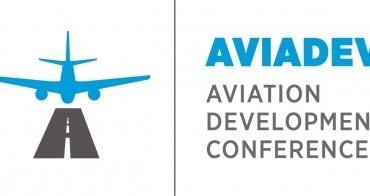 AviaDev—the only forum that is dedicated to growing air connectivity to, from and within the African continent —is delighted to announce the signing of a new conference participation agreement with the USAID Reducing Opportunities for Unlawful Transport of Endangered Species (ROUTES) Partnership.   Bringing together airports, airlines, tourism authorities, governments and industry suppliers, AviaDev Africa is entering its third year of operation and offers attendees the ability to pre-arrange meetings […]