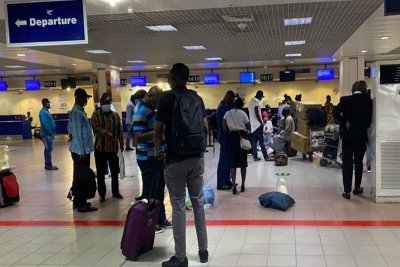 The Ghana Airport Company Limited Union – PSWU of TUC have suspended its strike action which affected airline operations at the Kotoka International Airport this morning.

Speaking to the media, Deputy General Secretary of the Public Services Workers Union (PSWU), John Sampah said that, after a meeting with the  Ministers designate for National Security, Employment and Labour Relations as well as Transport, the workers have reached an agreement with them to hold another meeting to resolve the issues.

The Union leaders are calling for the removal of the Managing Director of the Ghana Airports Company, Yaw Kwakwa, for alleged mismanagement of the company.

“For now, our decision is that for the respect of the state and the ministers that have also come here, we want to halt the action and go into a meeting. At the end of the meeting we will communicate to you the next line of action”, Mr. Sampah said.

“We are halting the action temporarily. It is a partial withdrawal of some services but we are halting it temporarily and go into the meeting. Right after the meeting we will meet you and communicate the decision taken”, he emphasised. 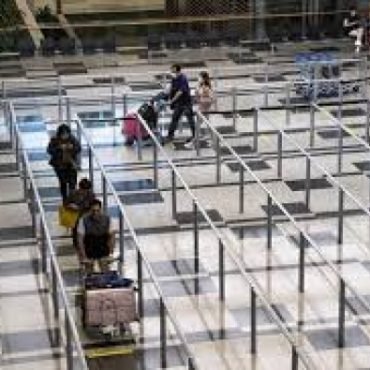 21st Jan 2021 | Adwoa Sasu Geneva - The International Air Transport Association (IATA) urged all branches of the European Union to support an initiative from Greek Prime Minister Kyriakos Mitsotakis to agree on a common digital European COVID-19 vaccination certificate that would enable those who are vaccinated to travel freely within Europe without COVID-19 testing. In an open letter to Ursula von der Leyen, President of the European Commission, and […]