The Accident Investigation Bureau, AIB, has confirmed the Azman aircraft incident, saying it happened at Jeddah Airport in Saudi Arabia on Thursday night on Thursday 14th April, 2022 in the evening.

It reported that it was due to an alleged fire incident while taxing to take off.

The spokesman for the bureau, Tunji Oketumbi, said that though Nigerian authorities are yet to get a documented report from the Saudi Arabian authority for the full details of the incident, it is expected to be submitted within 24 hours after such occurrence, as established by both the local and international existing laws.

Oketumbi said, as soon as the bureau gets the details it will update the public on the matter.

Meanwhile, the Federal Airport Authority of Nigeria has said that the aircraft was not gutted by fire as reported on social media.

Azman Air management has, however, said that the aircraft’s tyre got busted during taxing.

A Twitter user whose family was part of the air passengers expected to arrive at the Kano International Airport had posted a video on his handle, showing passengers rushing out of an Azman aircraft, and thanking “Allah” in the Hausa language, for saving them from the incident.

Azman Air management is yet to respond to the air incident. 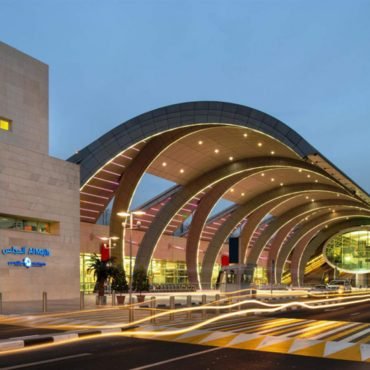 Airports Council International (ACI) latest report state that about 4.5 billion people flew in 2021 which is almost a half of the 9.1 billion people who flew in 2019 before the Covid-19 pandemic. Below are the 10 busiest airports in the world: Atlanta is once again the world's busiest airport, regaining the top spot after falling to second in 2020. It ended last year with 75.7 million passengers and was one […]