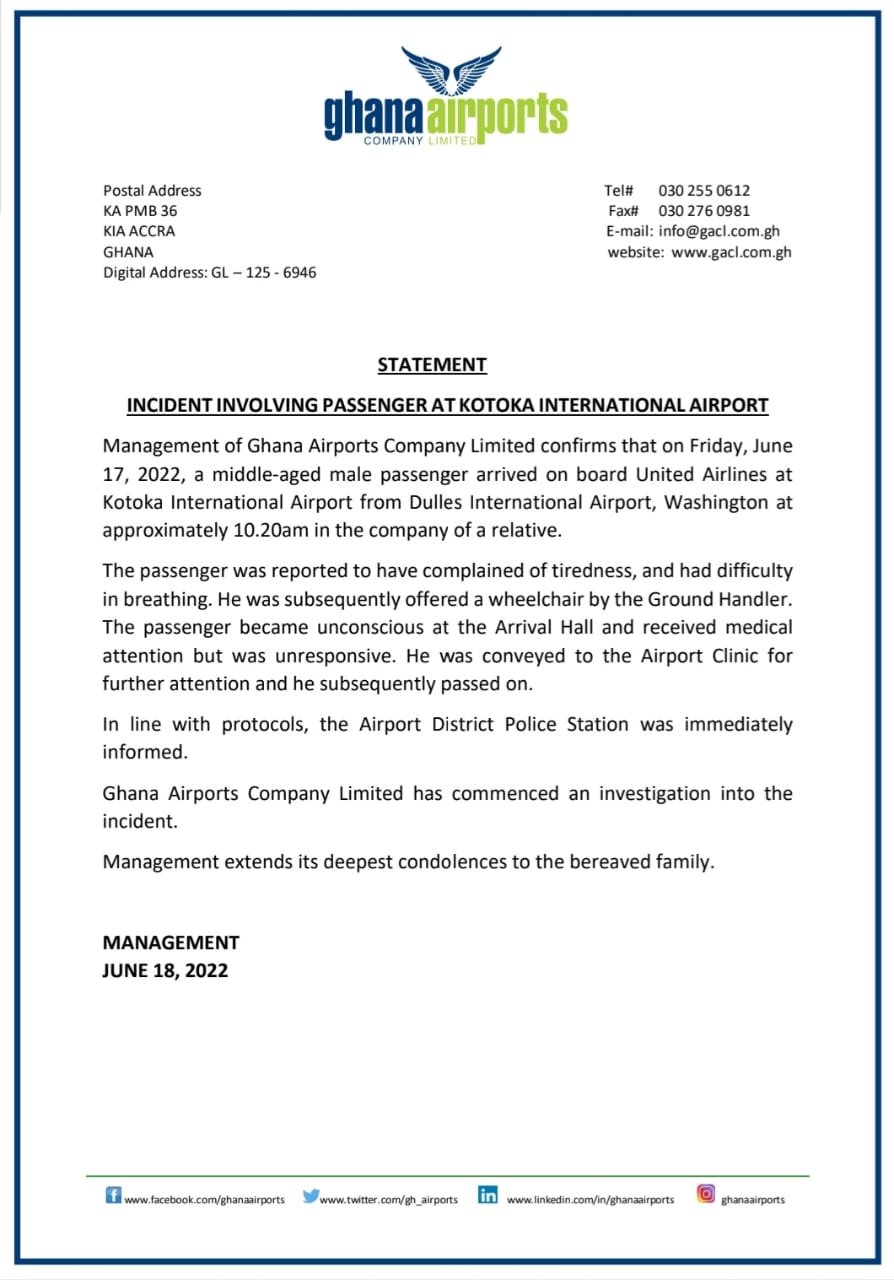 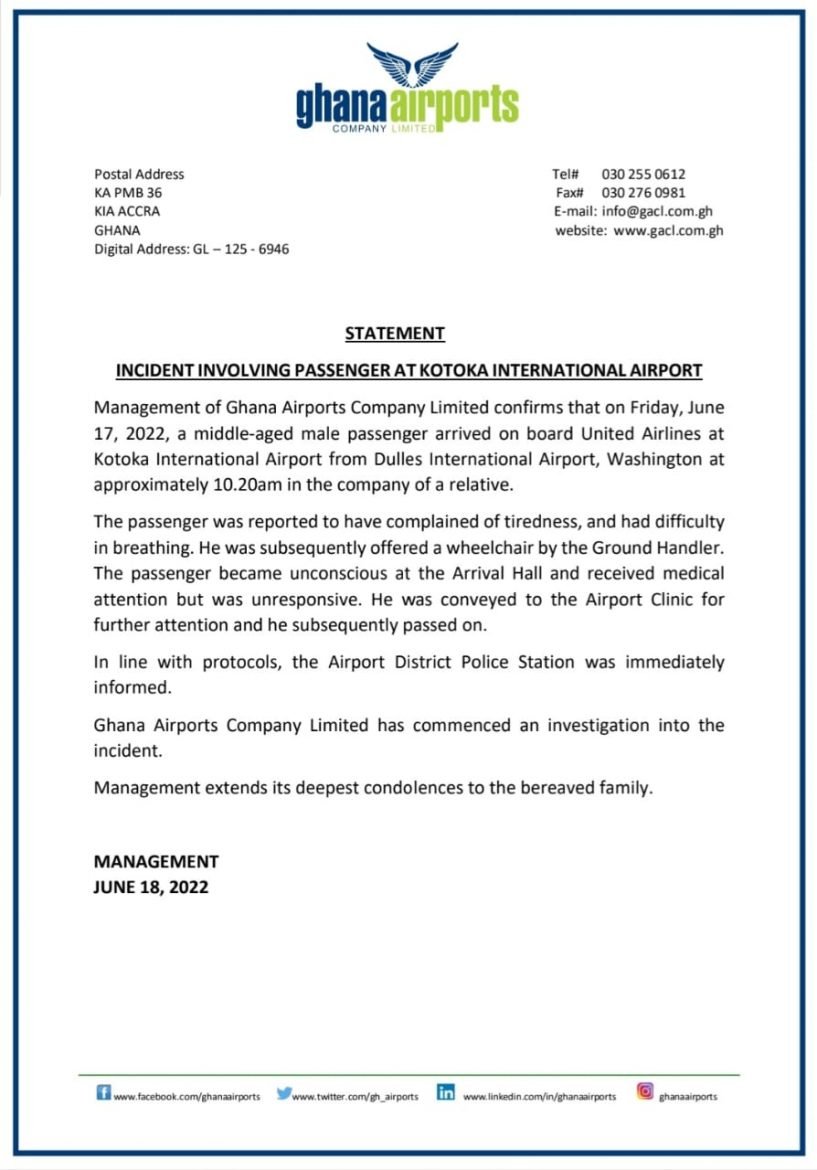 The Ghana Airport Company Limited (GACL) has confirmed that on Friday, June 17, 2022, a middle-aged male passenger arrived onboard United Airlines at the Kotoka International Airport (KIA) from Dulles International Airport Washington at approximately 10:20 am in the company of a relative.

A statement issued by management of GACL on Saturday, June 18 stated that, the passenger was reported to have complained of tiredness and had difficulty in breathing.

He was subsequently offered a wheelchair by the Ground Handler. The passenger became unconscious at the arrival hall and received medical attention but was unresponsive. He was conveyed to the airport clinic for further attention but he passed on.

“In line with protocols, the Airport District Police station was immediately informed.

“Ghana Airport Company Limited has commenced an investigation into the incident.

“Management extends its deepest condolences to the bereaved family,” the statement ended. 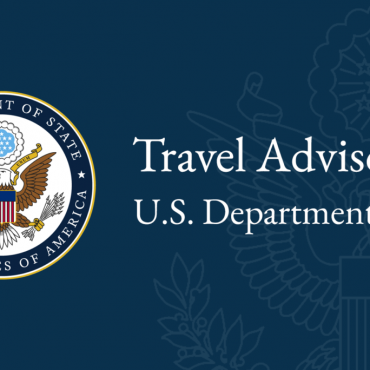 US to drop Covid-19 test requirement for air travellers

The US will no longer require air travellers to have proof of a negative Covid-19 test before entering the country from abroad. Officials said they were dropping the requirement due to the "tremendous progress" the country had made in the fight against the virus. The travel industry has been pushing for an end to the policy, which they say has deterred bookings, as families fear getting stranded abroad. The change […] 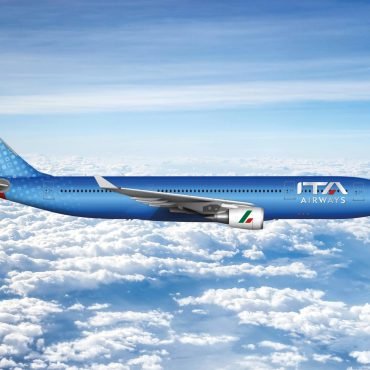