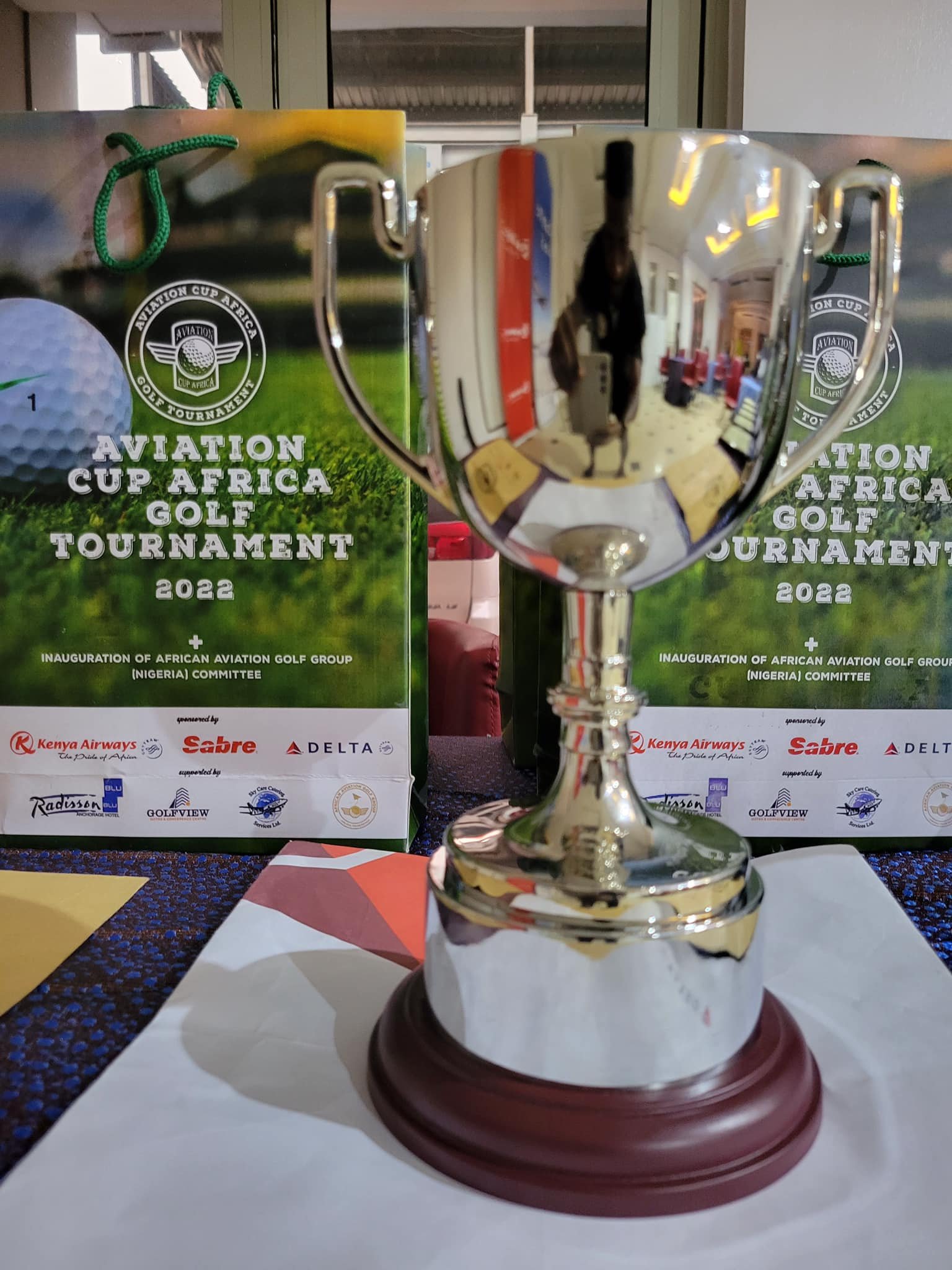 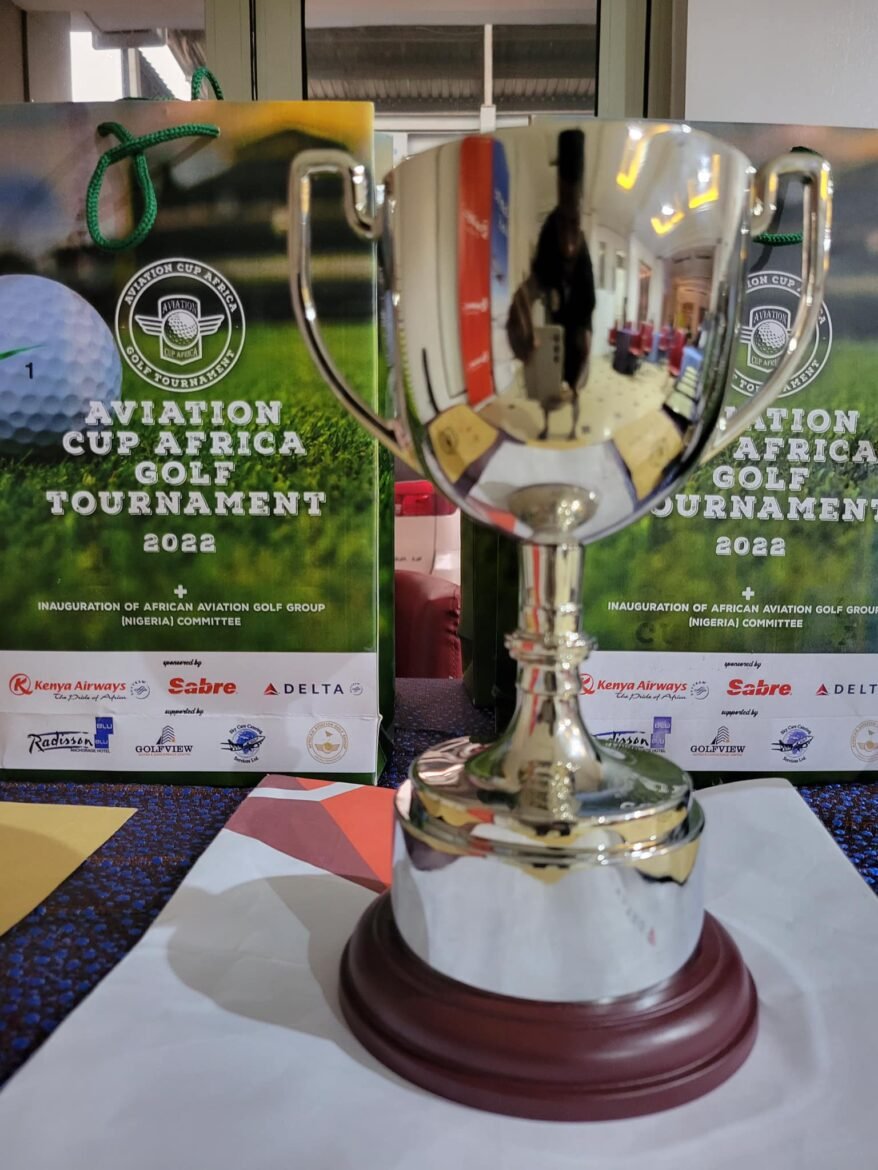 From GDS, airline, travel agency to in-flight catering sectors of the industry, golfers from the aviation industry gathered in the closest golf course to the airport in Lagos and one that shares history with aviation in Nigeria — Ikeja Golf Club — as the West African leg of Aviation Cup Africa Golf Tournament 2022 teed off.
Sponsored by SkyTeam Alliance  — Kenya Airways, Delta Air Lines  — Sky Care Catering Services, Golfview Suites & Conference Centre, Dees Hotel and Radission Blu Anchorage; the gathering of aviation golfers was a medley of banters, fun and competition.
Playing off 26 handicap, Dare Olayiwola of Sabre Travel Solutions recorded 93 gross — which equaled to 67 Net — to win the men’s category of the competition. He went home with a flight ticket to continental US, on Delta Air Lines operated aircraft.
Bukola Rokosu, the commercial manager of Delta Air Lines in Nigeria, was the only lady that played in the competition, automatically earning her the trophy and a flight ticket courtesy of Kenya Airways.
The prize presentation held at Golfview Suites & Conference Centre and featured the inauguration of Hafeez Balogun, the country manager of Kenya Airways as the first Captain of Nigerian chapter of African Aviation Golf Group — an alliance of golfers who operate within the aviation industry, across the continent.
Speaking after the inauguration, Balogun expressed gratitude that the group passed a vote of confidence on his leadership potential, by choosing him to lead. “I will work closely with the admin and founder to make the group as vibrant and active as possible”, he added.
The organizer of Aviation Cup Africa Golf Tournament and Founder of African Sports Tourism Week, Prince Deji Ajomale-McWord thanked both sponsors and everyone that participated in the competition.
“I’d like to thank everyone who came from near and far, to play in this competition with us, especially Air Commodore JF Adeleke who flew in from Abuja, for the sole purpose of joining us. Air Commodore Tokunbo Ajomale, a retiree fully participated. Samuel Olowo came all the way from Benin Republic. Kayode Ogundare flew in from Port Harcourt. Those who live in Lagos sacrificed one thing or the other to be here. It shows the level of passion that these people have for aviation and golf”, he said.
While expatiating on the rationale behind the tournament, Prince Deji said “Both golf and aviation have ‘apron’ as terminology. Both have the word ‘flight’ as terminology and are characterized by flights. There is a resemblance in the physics that govern short game in golf, and how an airplane hits the runway and finds its way to its place of temporary rest – the ramp. Both aircrafts and golf balls are governed by laws of aerodynamics, while in flight. Do you know that the renowned golf clubs maker – Callaway – consulted Boeing on the aerodynamic performance of their XR16 driver, which debuted at the first PGA Tour event in Hawaii, in the 2016 season? I can practically say that no sport explains aviation like golf does.”
He added that the tournament is a continent-wide engagement that is broken into regional activations. When asked about when legs of other regions will hold, Prince Deji said they’d hold on dates that will be announced in due course. 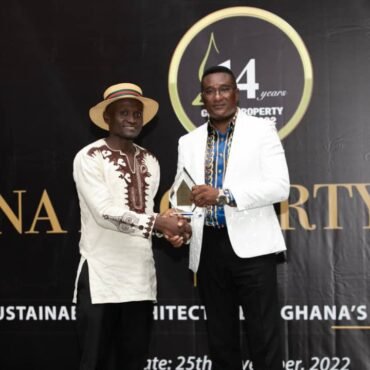 Rebirth Travel and Tours honored at the Ghana  Property Awards 2022

Rebirth Travel and Tours emerged winner of Best Travel House Ghana of the year 2022 at the 14th edition of the Ghana Property Awards. The Founder and CEO of Rebirth Travel and Tours & Rebirth Real Estate and Construction, Mr. Michael Kwadjo Asiedu  who was also adjudged the Best Real Estate Young Entrepreneur of the Year 2021 received the award on behalf of the company. He was grateful to God […] 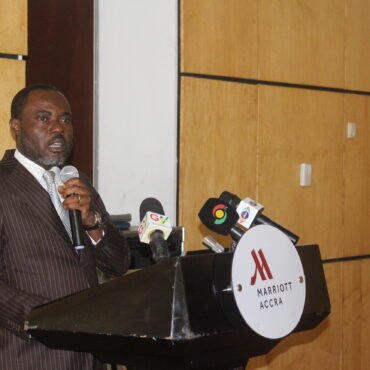