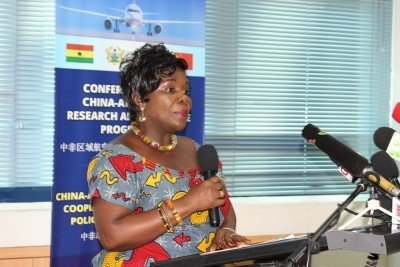 Minister for Aviation, Madam Cecilia Abena Dapaah, has urged airlines in China to take ”advantage of the numerous Bilateral Air Service Agreements (BASAs) with various African countries and begin operations to several destinations on the continent including Ghana and vice versa”. The reason been that, the link between Ghana and China has grown steadily with the availability of efficient air connectivity and the trade volume in 2015 was $6.6 billion according to the former Chinese Ambassador Madam Sun Baohung with a projected annual increase of 18%.

She stated that, ”Africa World Airlines (AWA) was birthed from the strategic partnership between Ghanaian and Chinese investors”. The airline has grown steadily over the past five years from operating 4 domestic destinations to 8 destinations now including 4 regional destinations. Madam Cecilia believes that, such strategic partnership arrangements if replicated in other African countries will facilitate the growth of the Regional Aviation Industry.

”Africa with its 1.1 billion population and China with a slightly higher population of 1.3 billion have a lot to offer each other in Aviation cooperation and partnerships for our mutual benefit”, said the Minister. An efficient and effective air transport system between China and African States will serve as a catalyst for trade, commerce, tourism and investments. Also increased intra-African air connectivity will enable Africa seize the opportunities for growth provided by its demographic and resources advantages.

She was happy that , the cooperation between China and the Ghana Air Force has resulted in the provision of major infrastructure to the Ghana Air Force. She wanted China to have an increasing focus on human capacity building and skills and technology transfer in its cooperation with Africa to ensure accelerated growth and sustainability of Africa’s aviation industry.

Mr Jiang Zhouteng, Acting Ambassador of the People’s Republic of China to Ghana, said there were more than 20 direct routes operating between China and Africa with the number of weekly flights exceeding 60.

He said China has signed MoU’s on aviation cooperation with many African countries and regional organisations and has also concluded civil air transport agreements with 18 African countries. He made an example of Africa World Airlines partnership which the Minister spoke about.

He also averred that,  Africa had a tremendous need for infrastructure development and to develop the aviation industry and networks in the continent, it needs to promote free flow of personnel and goods. 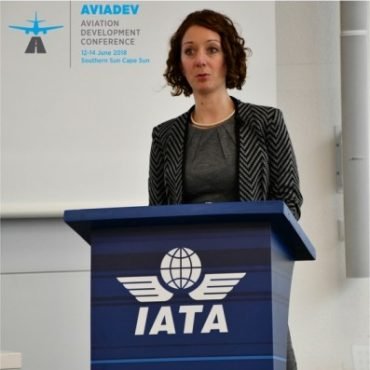 Will there be more slot co-ordinated airports in Africa?

9th May 2018 | Elizabeth Sasu Airport slot negotiations are the preserve of the World's more congested airports. However, the SLOTS conference will take place in Cape Town next June and so with this in mind, I spoke to Lara Maughan, Head Worldwide Airport Slots for IATA JH: As head of worldwide airport slots, can you provide an overview of what your role entails? LM: As Head of Airport Slots […]