Several countries suspend flights to and from UK 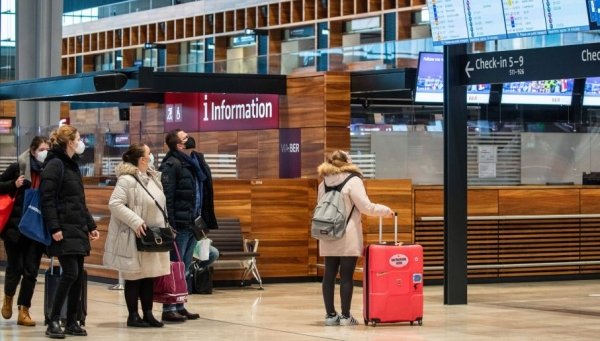 On Sunday, authorities admitted that a more infectious new coronavirus strain was spreading “out of control” as they imposed strictest of measures to check the spread.

The new variant of coronavirus is believed to spread faster than its previous strains. (AP)

India on Monday joined the long list of countries that have banned flights to and from the United Kingdom as the country reels under the new strain of coronavirus disease (Covid-19). Until December 31, flights will be suspended while the passengers from all transit flights arriving from the UK scheduled to reach India by December 22 will be subjected to mandatory RT-PCR tests on arrival.

The new variant of coronavirus is believed to spread faster than its previous strains. On Sunday, the authorities admitted that a more infectious new coronavirus strain was spreading “out of control” as they imposed strictest of measures to check the spread.

The list of countries also includes Russia, Hong Kong, France, Germany, Italy, Ireland, Canada, Turkey, Iran, Saudi Arabia etc. With this international airports of the UK are going to suffer a major drop in air traffic which was already suffering due to the pandemic.

Here is the list of international airports to be impacted by the temporary suspension:

Britain’s biggest and Europe’s one of the busiest by international passenger traffic, London Heathrow airport will see a significant drop in air traffic. It is the major international airport of London. Until 2019, the airport was handling a record 80.8 million passengers, as per a report.

Gatwick Airport is one of the six major international airports in the UK. It is the second-busiest airport by total passenger traffic in the UK, after Heathrow Airport and is tenth-busiest airport in Europe.

In 2019, the Manchester airport was the third busiest airport of the UK in terms of passenger number. It is the only airport after Heathrow to have two runways over 2,999 metre in length.

Located in Stansted Mountfitchet, Essex, London Stansted Airport serves over 160 destinations across Europe, Asia and Africa. In 2015, it was the fourth busiest airport.

Previously called Luton international airport, it is located in the east of Luton town of Bedfordshire.

The sixth busiest airport of UK, Edinburgh airport handled over 14.7 million passengers in 2019. The airport has one runway and one passenger terminal and employs about 2,500 people. 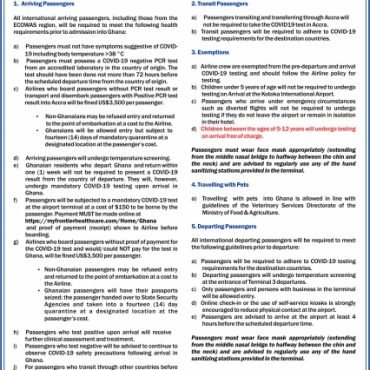 17th Nov 2020 | Adwoa Sasu The Ghana Airport Company Limited (GACL) has reveiewed its COVID 19 guidelines at the Kotoka International Airport (KIA). Children between the ages of 5-12 years will now undergo testing at the arrival hall for free effective Monday 16 November, 2020. The GACL on Friday posted an update of the guidelines, “Children between the ages of 5-12years will undergo testing on arrival free of charge.” "This directive is […]