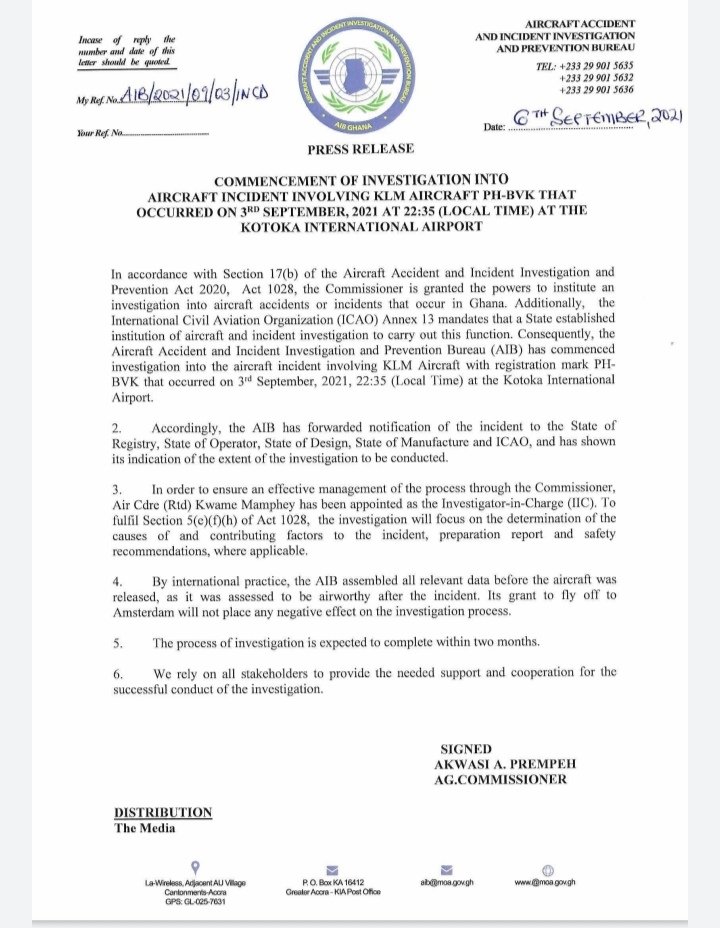 According to the release, the bureau in accordance with its Act 2020, Act 1028 gives the commissioner the powers to institute an investigation into any aircraft accidents or incidents that occur in Ghana. In line with these powers, the commissioner has appointed Air Commodore (Rtd) Kwame Mamphey as the IIC   to commence investigation into the aircraft incident involving the KLM aircraft with registration mark PH-BVK which occurred on Friday.

The AIB has also forwarded the incident notification to the State of Registry, State of Operator, State of Design, State of Manufacture and ICAO to indicate the extent of the conducted investigation in regard to the International Civil Aviation Organization (ICAO) Annex 13 mandate where a state established institution of aircraft and incident investigation must investigate such instances and produce reports.

Air Commodore (Rtd) Kwame Mamphey and his team in fulfillment of Section 5(e)(f)(h) of Act 1028, will focus the investigation on “the causes of and contributing factors to the incident, preparation report and safety recommendations” – the release said.

The AIB did due diligence in assembling relevant data before the aircraft was released to return to Amsterdam and they are assuring the general public that the release of the plane to its base “will not place any negative effect on the investigation process” – it said.

The bureau is hoping to complete the investigation within two months. 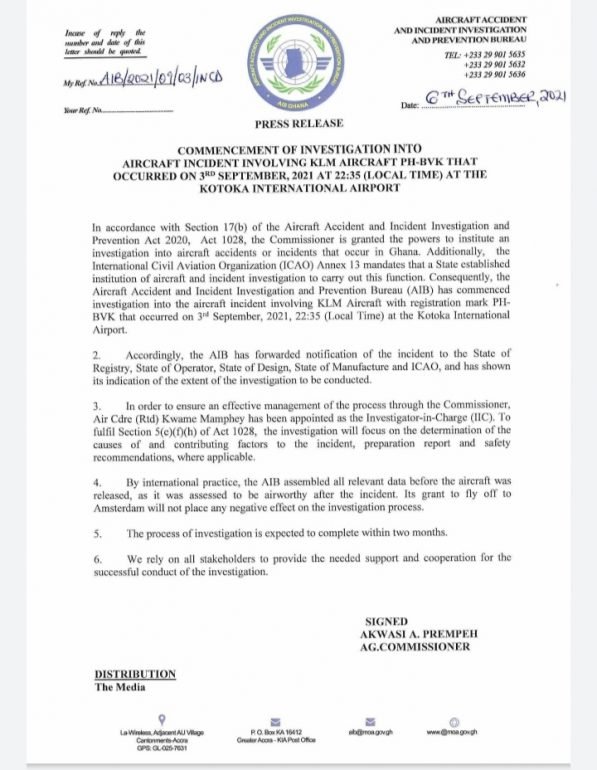 GCAA issues a statement on the KLM bird strike incident

The Ghana Civil Aviation Authority (GCAA) has issued a statement with regard to the KLM bird strike incident which occurred on Friday, 3rd September 2021 at the the Kotoka International Airport, Accra. A KLM Royal Dutch Airlines Flight KL 590 was forced to reject its take-off run from the Kotoka International Airport following a bird strike close to the Boeing 777-300ER’s windshield. The flight was headed for Amsterdam when the […]