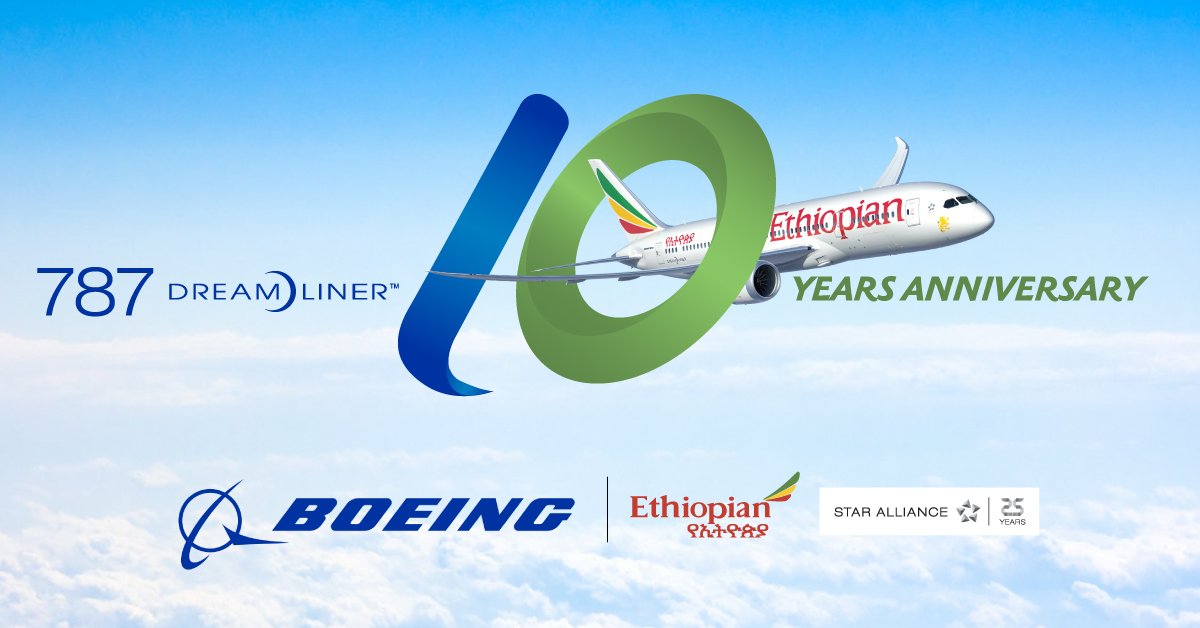 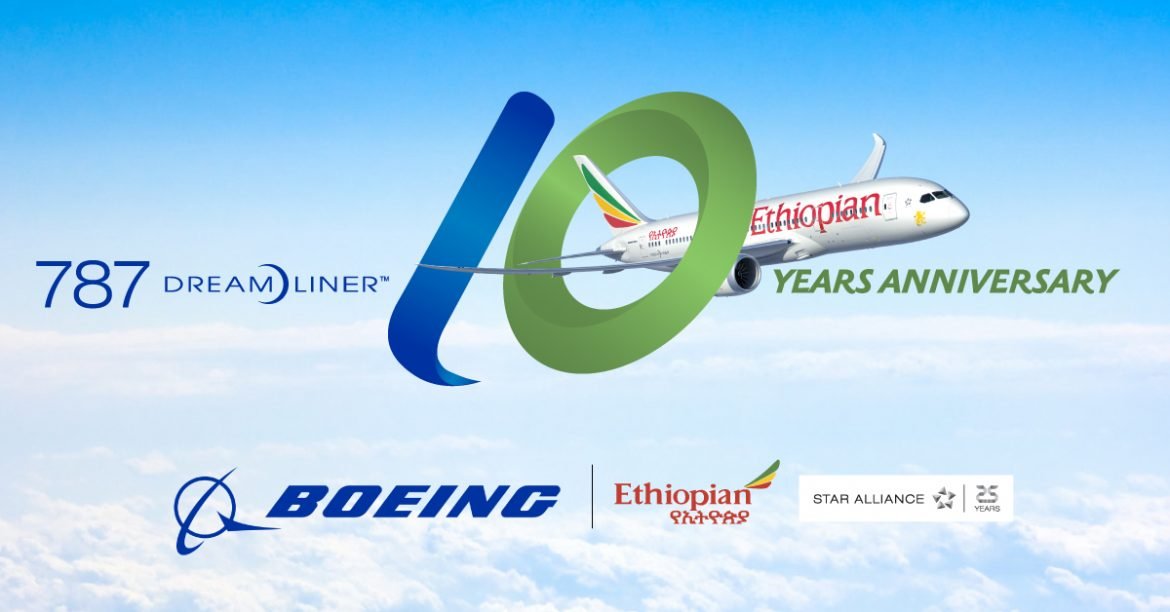 – The first African carrier to take delivery of the 787 in 2012 and the second country in
the world to operate the plane, now operating a fleet of 27 Dreamliners
– The Dreamliner has an unmatched fuel efficiency
– Boeing and Ethiopian Airlines unveil new design concepts for the Ethiopian
Museum of Art and Science

Ethiopian Airlines and Boeing [NYSE: BA] today celebrated the 10th anniversary of the first 787 Dreamliner delivery to the African carrier. Over the past decade, Ethiopian Airlines has utilized the outstanding capabilities of the 787 to sustainably grow its long- haul network across the world, making its hub in Addis Ababa one of the leading gateways for international travel in Africa.

Ethiopian Airlines was the first airline on the continent to take delivery of the 787 and today operates a combined fleet of twenty-seven 787-8s and 787-9s that play an integral role in its long-haul fleet.

As part of today’s anniversary celebrations, Boeing also unveiled an exhibition design for educational exhibits in the mobility hall of the Ethiopian Science Museum. The museum will feature permanent exhibits from Boeing and Ethiopian Airlines, including a 787 Dreamliner simulator experience.

“We are glad to mark a decade since we ushered in the first 787 Dreamliner into Africa, building on our pioneering role in African aviation,” said Mesfin Tasew, Ethiopian Airlines Group CEO. “The 787 has been instrumental in expanding our long and medium haul flights and redefining on-board comfort for our passengers thanks to its advanced technology and remarkable cabin features.”

“The incredible versatility of the 787 Dreamliner has played a vital role in helping Ethiopian Airlines become Africa’s largest airline,” said Omar Arekat, vice president of Sales and Marketing, Middle East and Africa, Boeing Commercial Airplanes. “For more than 75 years, we have partnered with Ethiopian to help them build a great airline using the world’s most modern, efficient, comfortable and sustainable products including the 787.”

The 787 family delivers unmatched fuel efficiency to operators like Ethiopian Airlines, reducing fuel use and emissions by 25% compared to the airplanes it replaces. In total the 787 has saved 125 billion pounds of carbon emissions since entering service in 2011.

Passengers also enjoy many key features on the 787, such as the largest windows of any jet; air that is more humid and pressurized at a lower cabin altitude for greater comfort; large overhead bins with room for everyone’s bag; soothing LED lighting; and technology that senses and counters turbulence for a smoother ride.

As a leading global aerospace company, Boeing develops, manufactures and services commercial airplanes, defense products and space systems for customers in more than 150 countries. As a top U.S. exporter, the company leverages the talents of a global supplier base to advance economic opportunity, sustainability and community impact.

Boeing’s diverse team is committed to innovating for the future and living the company’s core values of safety, quality and integrity. Learn more at www.boeing.com.

Top Women in Aviation have been nominated alongside female pilots and managers for the 2022 edition of the Travel 100 Awards Winners of the prestigious and most coveted Africa Travel 100 Women Awards will be released by the organisers in September as the voting process to unveil the 2022 awardees nears the completion date. According to the Organisers the voting for the final list of shortlisted candidates received over 5000 […]