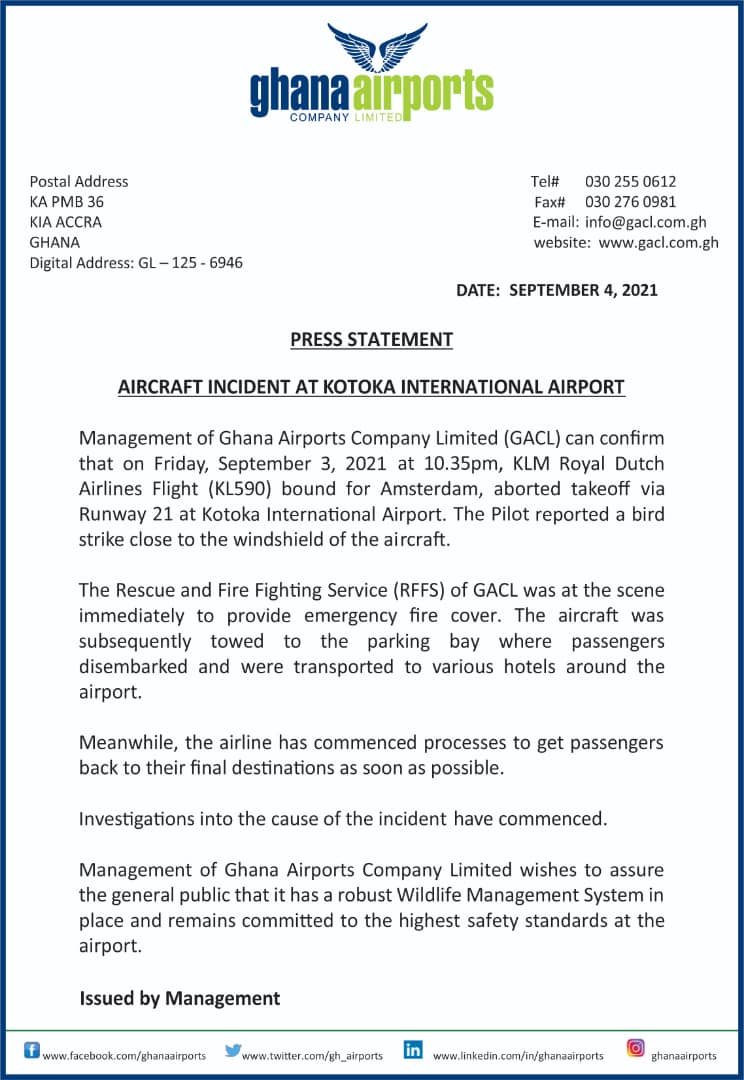 This was due to a reported bird strike incident on Runway 21 at KIA. According to a press statement from the Ghana Airports Company Limited (GACL), “the pilot reported a bird strike close to the windshield of the aircraft” which prompted him to abort taking off.

Personnel from the Rescue and Fire Fighting Service (RFFS) of GACL acted immediately to provide emergency fire cover in order to limit the damage of the incident.

The tires of the Boeing 777-300 ER plane got deflated in the process. The aircraft had to be towed to the packing bay and passengers disembarked. Passengers on the flight were sent to hotels for the night to be re-accommodated on another flight later.

The GACL has instituted an investigation into the incident and wishes to assure the general public that, “it has a robust Wildlife Management System in place and remains committed to the highest safety standards at the airport” – the statement said. 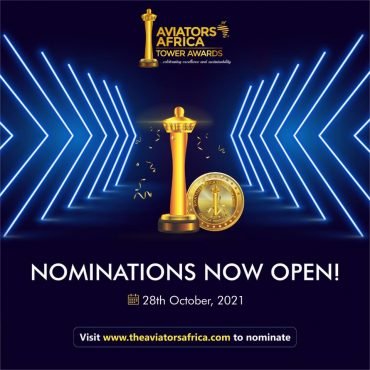 Aviators Africa announced its 3rd Leadership CEO’s Forum coming up on 27th to 28th of October, 2021 with a special award scheme tailored to showcase stakeholders who have been a great impact on the industry. The theme for this year's event is "a pathway to sustainability in Africa aviation" and it will host seasoned industry players and policy makers in Africa, who would deliberate on strategies in curbing the challenge […]