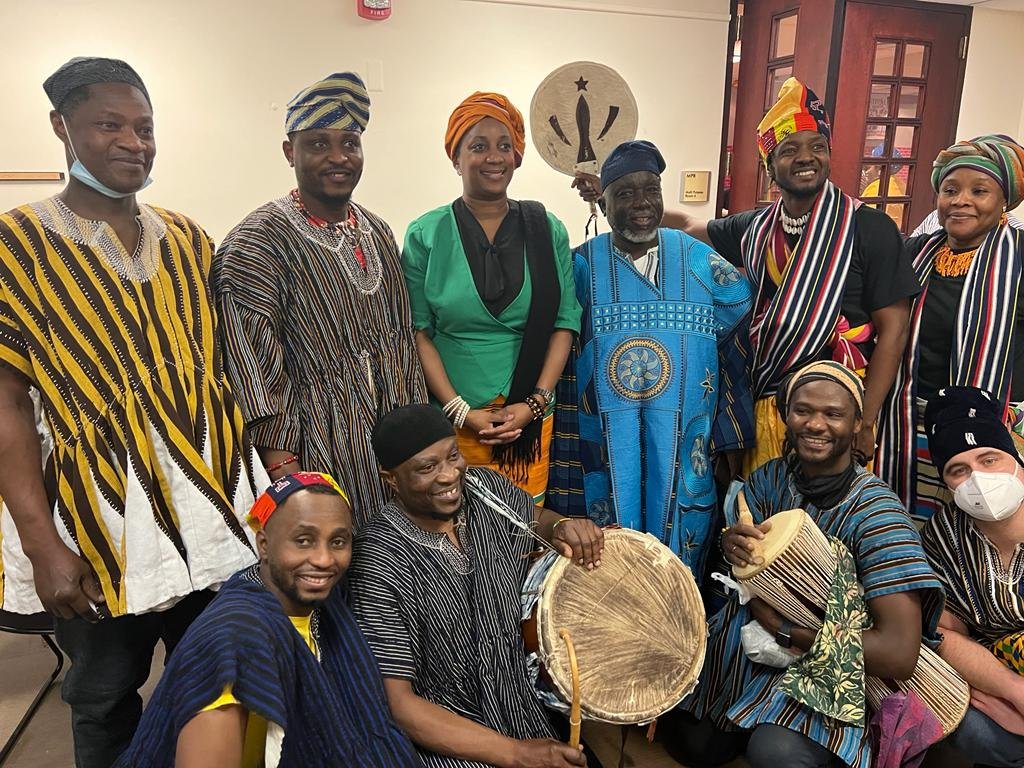 A maiden edition of the Damba festival has been celebrated in Jersey City, New Jersey, United States of America on 18th December, 2021.

It was also used to educate the residents on the history of Dagbon and Damba, Culture and Traditional dancing, merry-making, to meet old and make new friends and also raise funds to support the development of Dagbon.

The celebration was on the theme, “Northern Ghana Development: The Role of the Notherner in the Diaspora.”
Among the dignitaries who graced the celebration was Bo-Na Professor Yakubu S. Nantogmah, former Member of the Council of State, Chief Ife Bell, Zosimli Naa of Tamale, Dr Grace Hampton of the Department of Art, Pennsylvania State University, and Dr Mohammed Habib Adam, a Retiree of the US Army. Also represented by the Pishigu-Lana Dr Alhassan Andani, Chairman of the Dagbon Development Fund (DDF) was Dr Mohammed Marzuq Abubakari, a Lecturer. 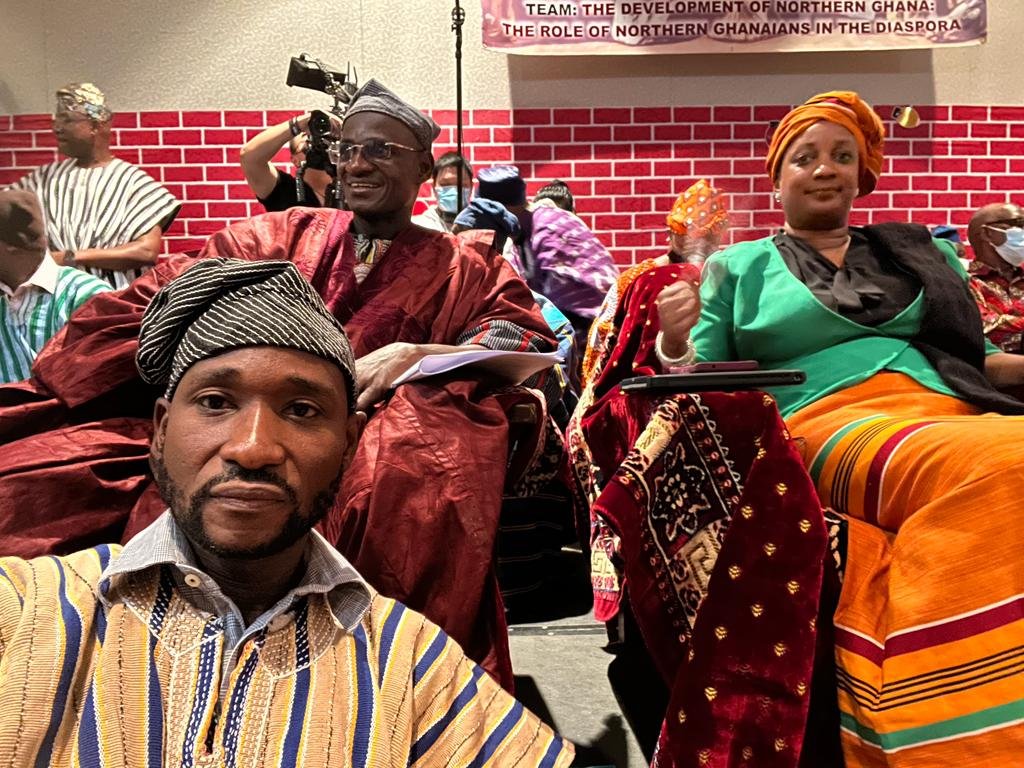 Dr Andani who spoke on the topic Dagbon Development Fund, the Role of Dagombas in the Diaspora” said, the DDF was a robust financial management system put in place with the appropriate governance structures to oversee the administration of the fund. He said the objective of the fund was aimed at strengthening the economic and social cohesion in Dagbon by correcting intra-Dagbon imbalances between communities and the rest of the world.

Dr Andani revealed that the fund was to partner government, the Northern Development Authority, the private sector and other international development partners to “re-brand and repackage Dagbon Chieftaincy institution to become a major vehicle for development, mobilize funds and manage them prudently in the Dagbon traditional area, make Dagbon a competitive economic area including financing infrastructure linked notably, research and innovation, agriculture, telecommunication, environment, energy, transport, advocate, and pursue sustainable development of Dagbon in line with Sustainable Development Goals.”

“It is also to increase gender equity and women empowerment for total transformation of Dagbon, advocate increase access to quality education at all levels, promote peace building and cultural rejuvenation, support social protection, take action for environmental protection, set up a team of experts to agree on the principles of DDF to guide the mobilization and use of funds and any other activity determined by the DDF General Assembly or Board of Directors.
He called on all meaning Northerners to promote the culture, tradition and history of Dagbon to the International Community.

Zosimli Naa Bells said, there was the need to produce a greater impact, especially the vulnerable in the society.
She said, her Palace would bring diverse leaders who are young, energetic, and committed in particular professionals who would register with a yearly fee, and be members of the Tamale-Louisville Sister Cities Committee. Zosimli Naa Bell disclosed that the office of Zosimli Naa was committed to establishing a formidable group known as the “Friends of Tamale” and that the group will be a diverse group of Americans, African Americans and White, women, and men, young and old with a particular focus on the African American community, who desire to visit their ancestral home to participate in building or to investing in Ghana as well as visiting tourist sites to boost tourism in Northern Ghana and Ghana as a whole.

She urged the good people of the North in the United States to join her in the development agenda for the people of Tamale and the Northern Region as a whole. “This approach will demonstrate the preparedness of the youth to be stakeholders in the work of development for Tamale and I encourage everyone to reach out to Tamale- Louisville sister cities office to join the movement”. 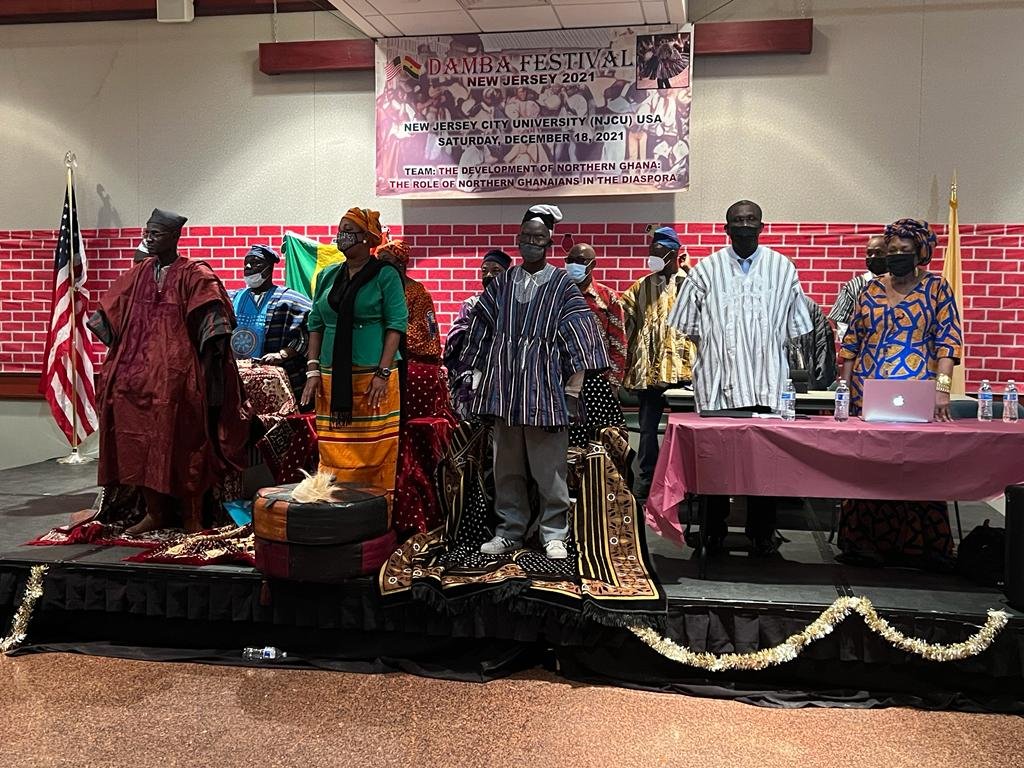 Zosimli Naa Bells appealed to the good people of the North to ensure that the current peace in Dagbon is sustained to attract developmental opportunities for the region. “I will again focus on bolstering existing programs and strengthening relations with the individuals and professionals from the Northern Region living in the US to make connections with every Northerner abroad or within the US to join the movement and develop a database and share a link for individuals to sign-up to help us keep in touch and support one another when the need arises.”

Bo-Naa Prof. Nantogma took the celebrants through the history of Damba and how the culture and tradition of Dagbon was performed during the celebration of Damba festival. 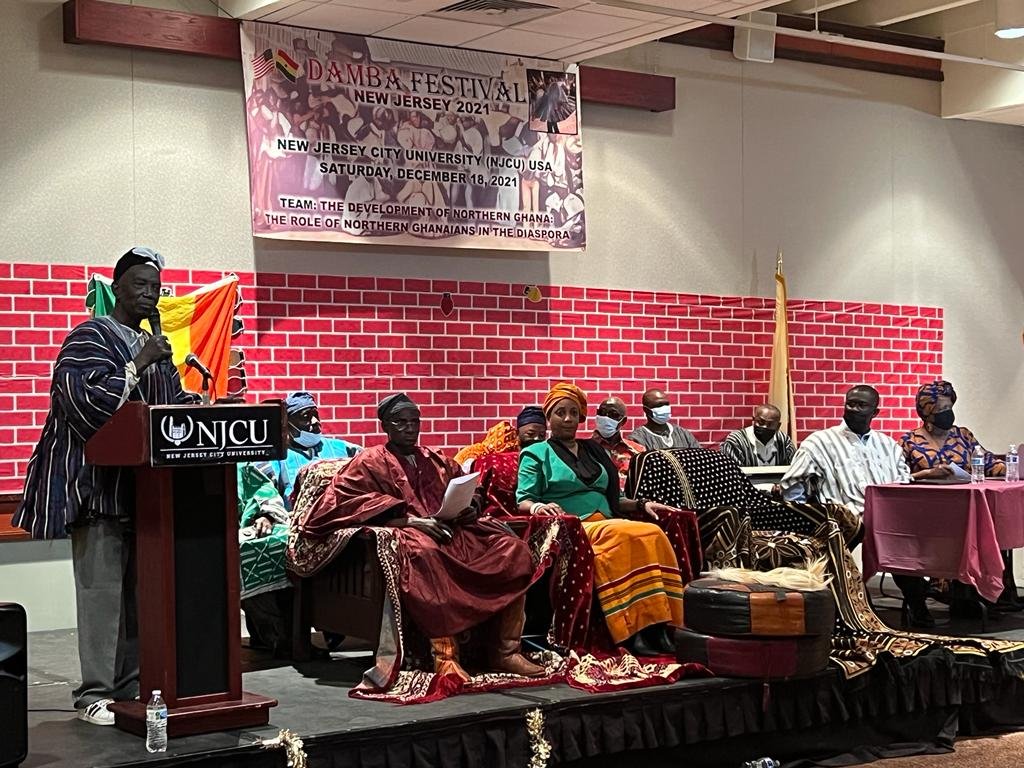 Mr Osman Shitu, a member of the Organizing Committee in his welcome address called on the Northern Community to promote the culture and tradition of the North wherever they found themselves and expressed appreciation to all who made time to be there. He also thanked the Guest Speakers for their dedication and commitment towards promoting the development of the North and optimistic that the festival will promote North and Ghana at large to the International Community.

Sean Mendis Thoughts: Travel restrictions on African countries may be counterproductive in the long run

Following travel bans and restrictions on some African countries including South Africa, Botswana, Malawi and Nigeria, Sean Mendis, an aviation executive popularly known as the aviation encyclopedia of our time has shared his opinion on the move by Europe and other countries to restrict the African countries from flying into the Western countries. "I think that travel restrictions as presently implemented are a blunt instrument that may actually be counterproductive […]