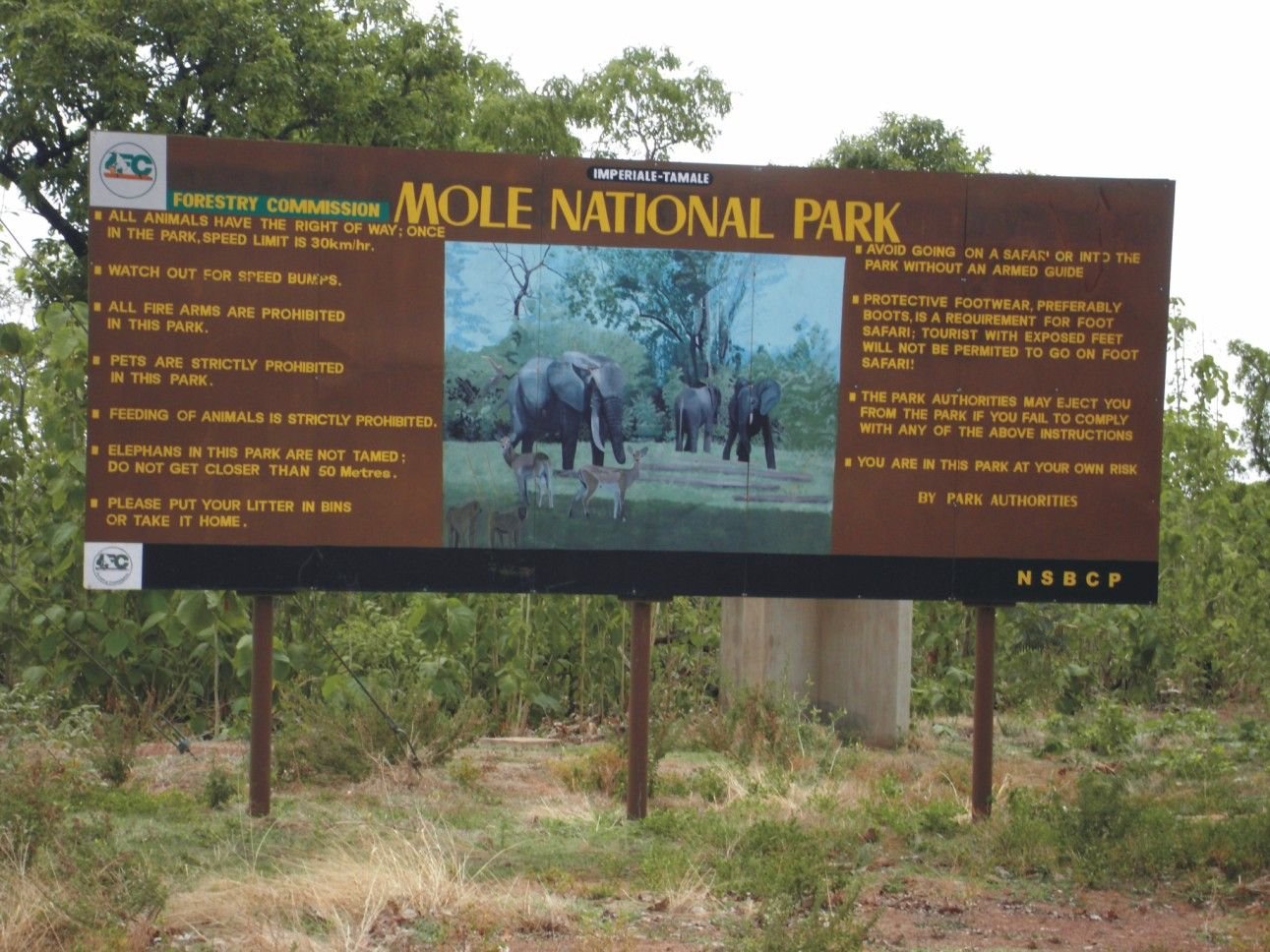 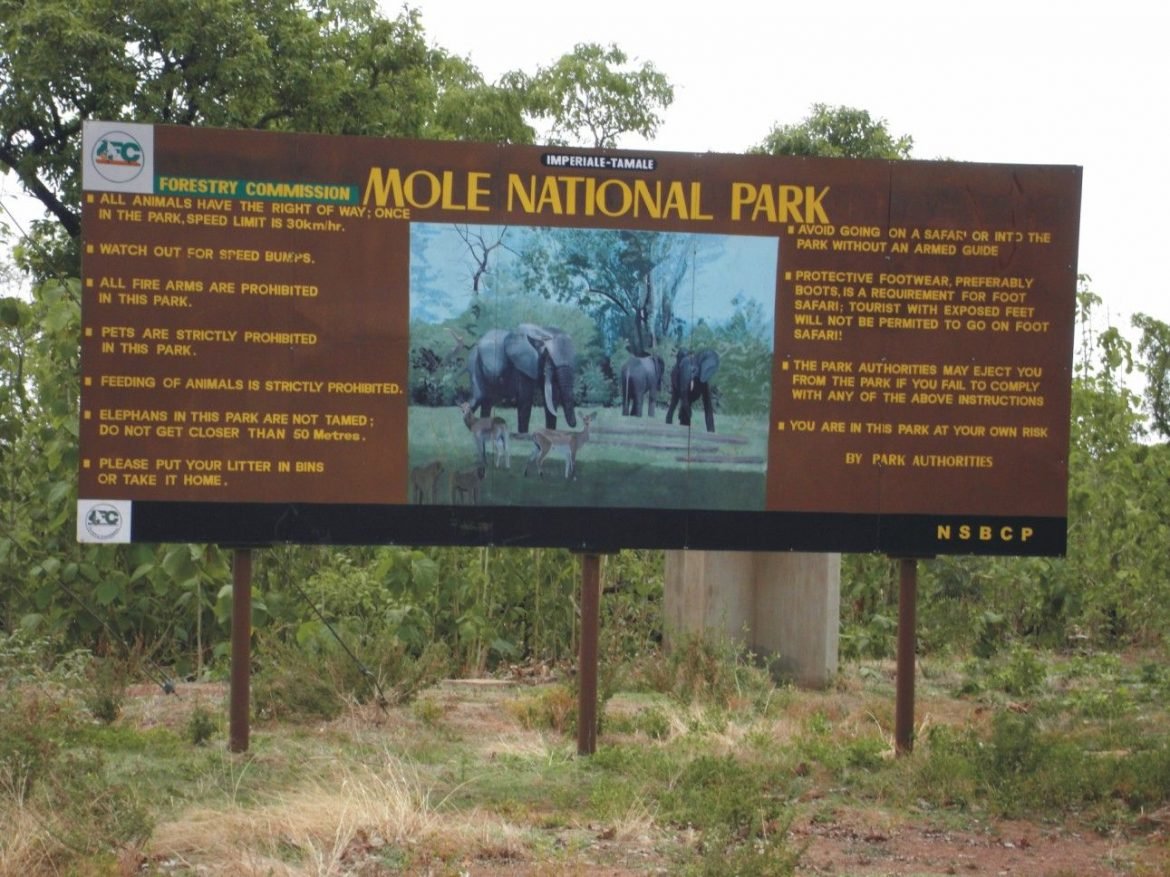 Two different cat species have been found at the Mole National Park in Ghana.

A recent statement cited by GH-Aviation on the official Twitter handle of Mole National Park states that, “the Panthera leopard team working in Mole National Park deployed 100 camera traps over 530 km2, which represents 1/9th of the park. In this area, they detected two cat species: the leopard (Panthera pardus) and the caracal (Caracal caracal). Leopards are threatened and have been eradicated from more than two thirds of their historic African range. The situation is even worse in West Africa where leopards have lost 86-95% of their historic distribution. National parks like Mole are critical for their long-term survival”.

What is a Panthera Pardus?

The leopard (Panthera pardus) is one of the five extant species in the genus Panthera, a member of the cat family, Felidae. It occurs in a wide range in sub-Saharan Africa, in some parts of Western and Central Asia, Southern Russia, and on the Indian subcontinent to Southeast and East Asia. It is listed as Vulnerable on the IUCN Red List because leopard populations are threatened by habitat loss and fragmentation, and are declining in large parts of the global range. 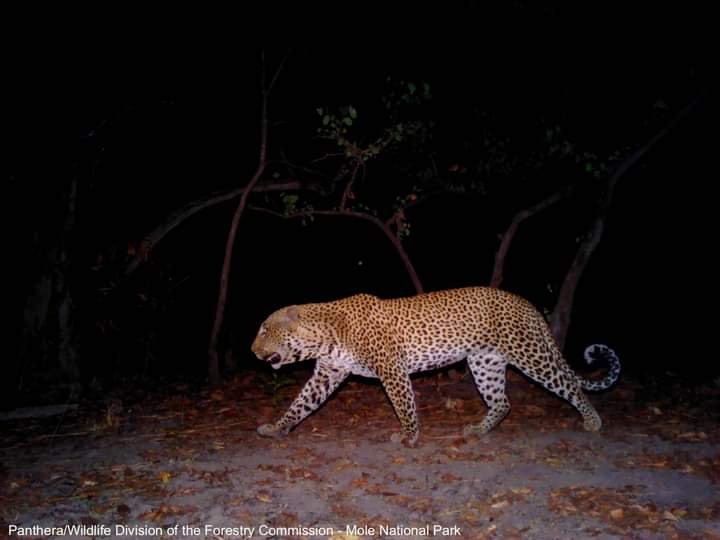 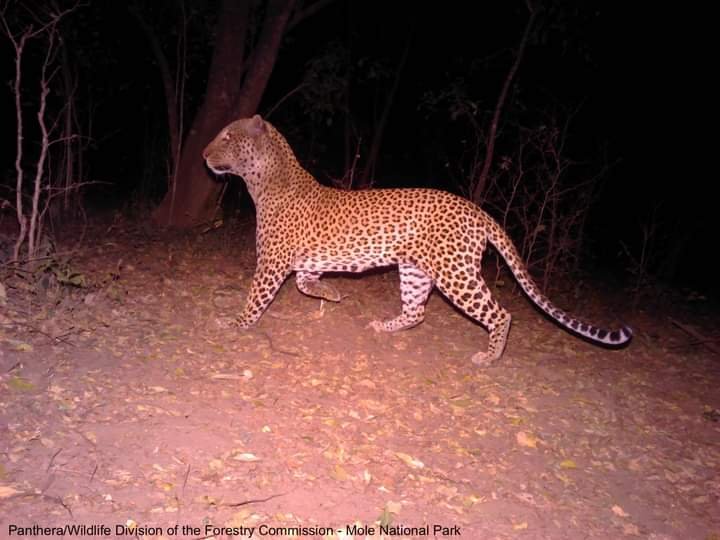 What is the Caracal Caracal?

The caracal (Caracal caracal) is a medium-sized wild cat native to Africa, the Middle East, Central Asia, and arid areas of Pakistan and northwestern India. It is characterized by a robust build, long legs, a short face, long tufted ears, and long canine teeth. Its coat is uniformly reddish tan or sandy, while the ventral parts are lighter with small reddish markings. It reaches 40–50 cm (16–20 in) at the shoulder and weighs 8–19 kg (18–42 lb). It was first scientifically described by German naturalist Johann Christian Daniel von Schreber in 1776. Three subspecies are recognized. 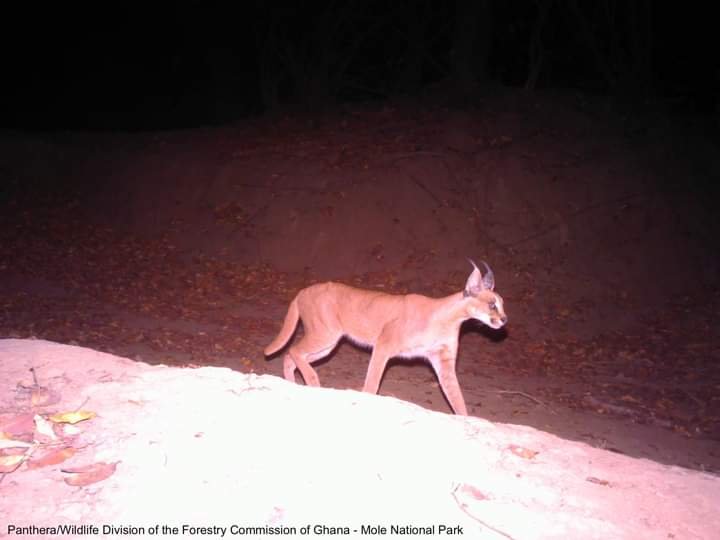 Typically nocturnal, the caracal is highly secretive and difficult to observe. It is territorial, and lives mainly alone or in pairs. The caracal is a carnivore that typically preys upon small mammals, birds, and rodents. It can leap higher than 3 metres (10 ft) and catch birds in midair. It stalks its prey until it is within 5 m (16 ft) of it, after which it runs it down and kills its prey with a bite to the throat or to the back of the neck. Both sexes become sexually mature by the time they are one year old and breed throughout the year. Gestation lasts between two and three months, resulting in a litter of one to six kittens. Juveniles leave their mothers at the age of nine to ten months, though a few females stay back with their mothers. The average lifespan of captive caracals is nearly 16 years. 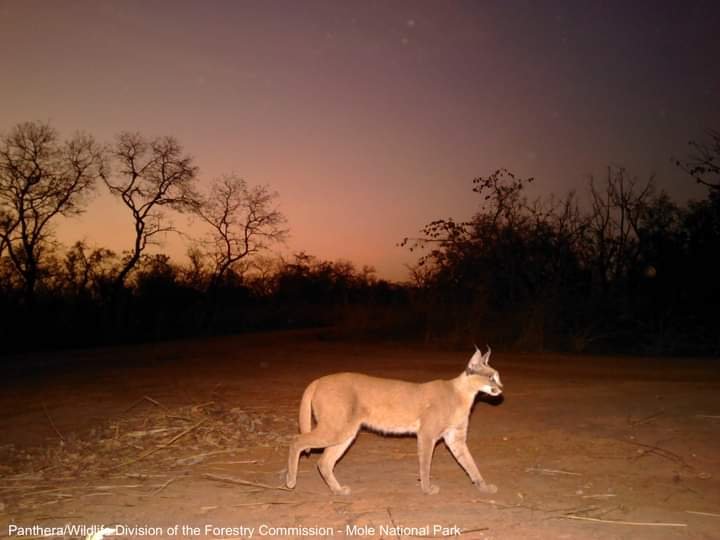 Caracals were tamed and used for coursing in India, Persia and Egypt (Wikipedia). 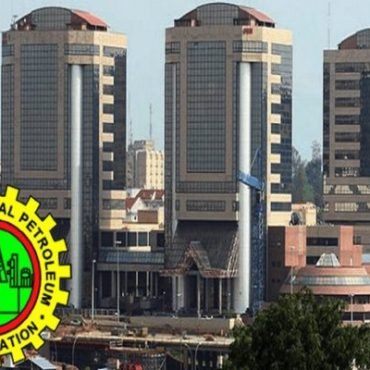 Airline Operators of Nigeria, the Nigeria National Petroleum Company Limited (NNPC), the Central Bank of Nigeria (CBN) and relevant regulators have reached new agreements to end volatility in the price of Jet A1 fuel. The agreement was brokered by the leadership of the House of Representatives on Monday. Following three hours of deliberation chaired by Speaker Femi Gbajabiamila, the parties agreed the airline operators should get trusted marketers that will distribute […]